What I have been up to

Because it has been three years since I posted on here, I kinda want to post an update on what's new... because you know, Braggy Bragstein reasons.

Biggest and best development is without a doubt the fact that I am currently 342 day away from becoming Mrs. Tyler Daniel Lutz!
AWWWW HELL YEAH!
Good ol' T-Rex popped the question this summer while we were on an incredible vacation in Alamo, Vera Cruz, Mexico. No big deal but it was on a tropical beach under the moon and stars while we were at a beautiful resort with a bunch of our favorite friends in the world... 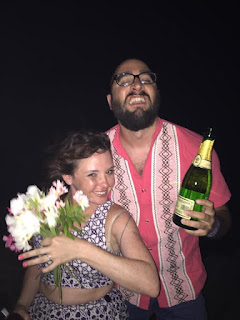 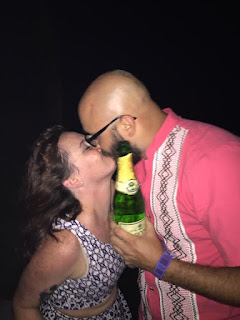 Tyler's face is probably due to the lack of champagne/ abundance of terrible cider the resort had.

Oh yeah also I got TWO engagement rings! He proposed with this amazing giant planet ring and then later on was like 'oh yeah I also have this diamond if you'd rather have that...' and well yes I obviously would like to have both please. 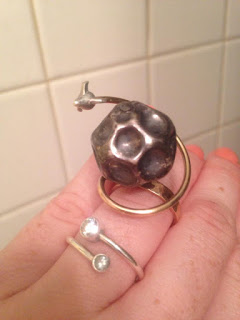 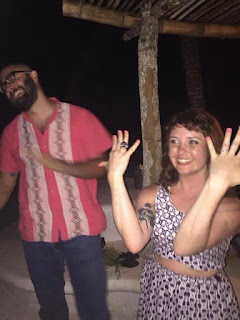 His mother's diamond is in the smaller ring, and the gold on the larger one is her band <3 i="">

So he done good. I've been doing all of the fun fiance things lately like going crazy on Pintrest and trying on our Mothers' wedding dresses. Unfortunately my mother was like 4'8 and 80 pounds when she got married so her dress was comically too small. 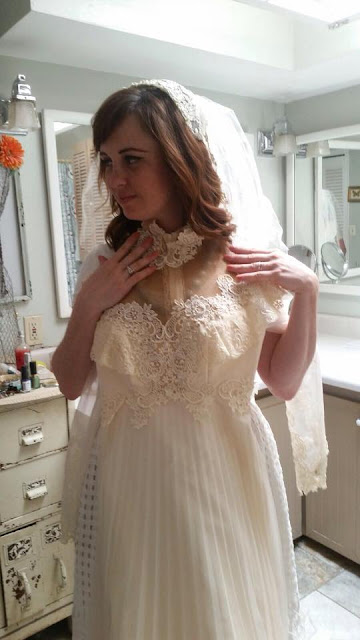 Also parts of it have become so brittle it's impossible not to Hulk out of it...

Tyler's Momma gave me her dress years ago 'just incase I needed it for anything' but it isn't quite what I have in mind for myself so I'm going to use the skirts of the two to make myself a wedding day crinoline.

In other news we now have another fur-child. Really we have had her for about two and a half years now and I don't know why I didn't post about her forever ago because she is god-damn adorable. Meet Clara Bow! 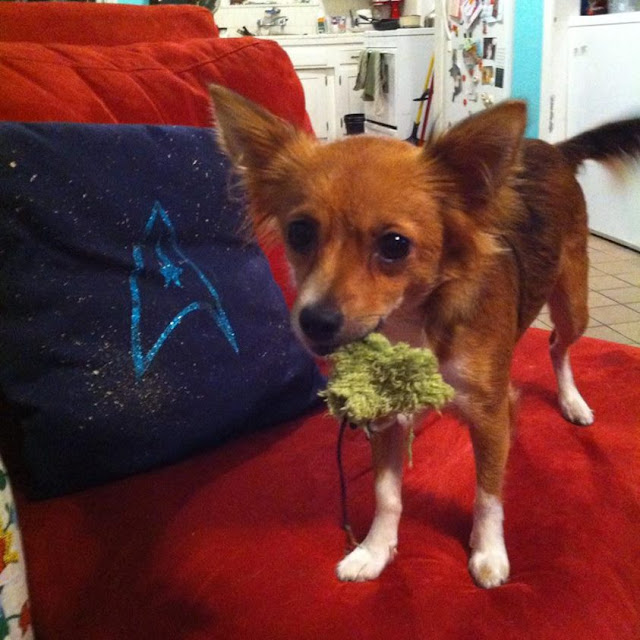 She is supposed to be a Fox Terrier/ Jack Russell mix... I'm not really sure how accurate that is

We have moved to another side of town and now we have a large window for the girls to greet us from every day. It also is where they hold their post as the neighborhood cat watch we have dubbed the 'Bad Bitch Cat Patrol.' 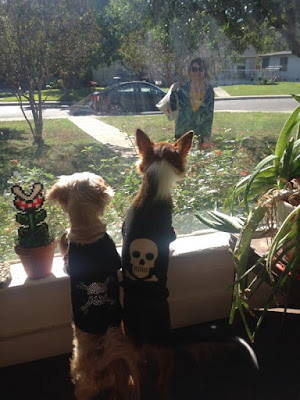 They don't take no shit from no kitties.

As far as work goes, immediately after coming home from the best vacation ever I started a new job as a Production Coordinator for a local clothing company called Niche Clothing Co.
It's a pretty solidly great job that I feel lucky to have. Everything is made in the U.S. in either L.A. or here in San Antonio. There are seven people working at the HQ including myself and the two owners so everyone works together really closely and comfortably. Also there is and entire WAREHOUSE of fabrics with DOZENS OF PALLETS OF FABRIC EVERYWHERE. My room is the 'cutting room' which means more fabric, and infinite amount of rotary blades and cutters, and a cutting table that is like 20 feet long. It is a for real naughty seamstress wet dream up in there.

Nerd Alert got hard to maintain while planning a wedding for one of the members... and now it's my turn so nothing is going on there. It's all on the back burner to be honest but it will probably pop up again in the near future. We got a little big for our britches for a while there if I'm gonna be honest. Aside from that, things are mostly the same. I just wanted to mention those few things so that if I mention them in the future they might make a little bit more sense than if I hadn't... 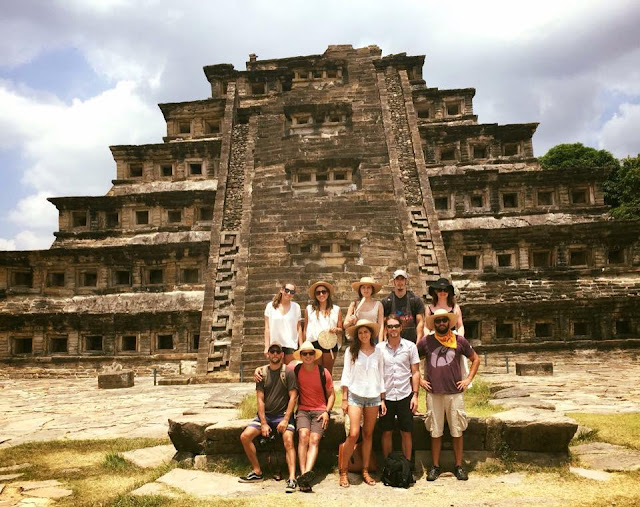 crissy baker
san antonio, texas, United States
Hey there pal- I am from Texas, I make things often. If you expect me to show up on time or do math, prepare to be disappointed. Other than that I can probably do anything.